When you don't have enough money to pay your payments, the bank takes over the action. The bank will pay your bills in exchange for the fact that you have to pay interest every hour. This is called 'overdraft'. The cash panel will show you a negative amount of money, because you must have a positive cashflow to stop the overdraft interests every hour.

An overdraft is a really dangerous situation because it grows faster to the point where you will have to reset and restart. To avoid this situation you always need to have a positive amount of money, also when you are not online. Pay attention on how much you have to pay every hour to run your units and always cover at least 12 hours with your money to stay safe.

Another method to avoid an overdraft is to pay taxes in advance. Then you have a better sight on what amount of money you need to have a positive bank account.

This fee is much smaller than the percentage you would normally pay on your overdraft. The overdraft fee only accounts for the overdraft up to this specified limit. Anything even lower than the arranged overdraft limit will be treated as normal overdraft and interested hourly. 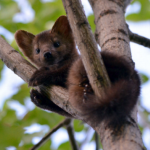